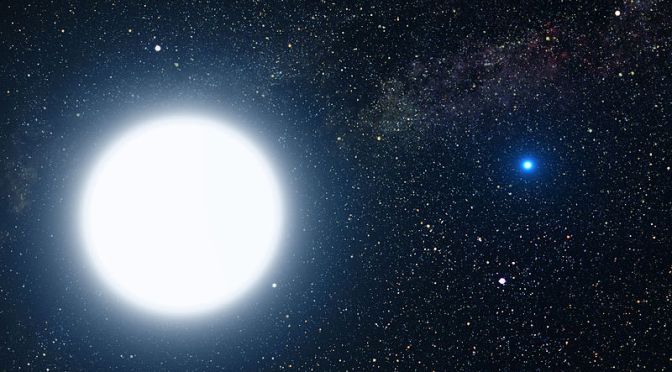 The Dog Days Of Summer 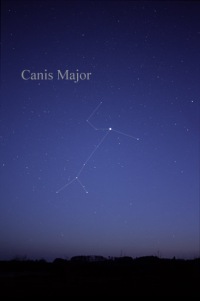 As a lover of words, as well as of dogs, I couldn’t help wondering where that phrase originated. It turns out that ancient cultures saw a connection between the hottest days of the summer season and the rising of the star Sirius. Sirius is considered the “Dog Star,” because it’s the brightest star in the constellation, Canis Major. Some cultures even believed that the combination of the hot sun and the “hot” star, Sirius, actually worked in tandem to create these sweltering days.

Canis Major and its smaller companion, Canis Minor are the hunting hounds of Orion, which is one of the most recognizable constellations in the sky. Sirius is the brightest star in our night sky, not because it’s larger or burns hotter than the other stars, but because it is fairly close to our Solar System (approximately 8.6 light years away). What we see as a single star is actually a binary star—two stars which orbit closely around one another (Sirius A and B). 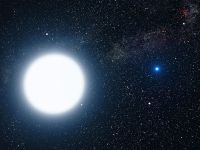 Seeing Sirius in the sky wasn’t necessarily a good thing to the ancients. The Egyptians blamed the rising of Sirius for the flooding of the Nile, for instance, as well as the extreme heat. The Romans, however, appeared to hold the opposite view, and blamed Sirius for drought conditions (as well as other fun things like plague). The Finnish believed that the Dog Days were a time when infections and illness were more prevalent (actually, that rumor turned out to be true, according to statistics, most likely because bacteria and insect infestations thrive in the heat).

In modern times, though we don’t blame the brightest star in the sky for things like plague and flooding, it is true that the season of Sirius coincides with the hottest part of summer. This is usually thought to be mid-July to mid-August, a good time to keep our dogs (and other pets) inside and cool, make sure they have plenty of fresh, clear water, and be diligent about not leaving them exposed to the extreme temperatures.

Yes, I know it’s September. So, what do the Dog Days of Summer have to do with my September newsletter? Nothing, except that it’s really hot today, and it’s melting my brain. I couldn’t think of another newsletter topic.

As always, please continue to visit my website for updates, changes of schedule, etc. I will always try to keep the Unavailable Times page current, and you can also follow my Twitter announcements in the sidebar. 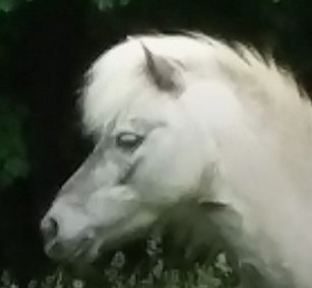